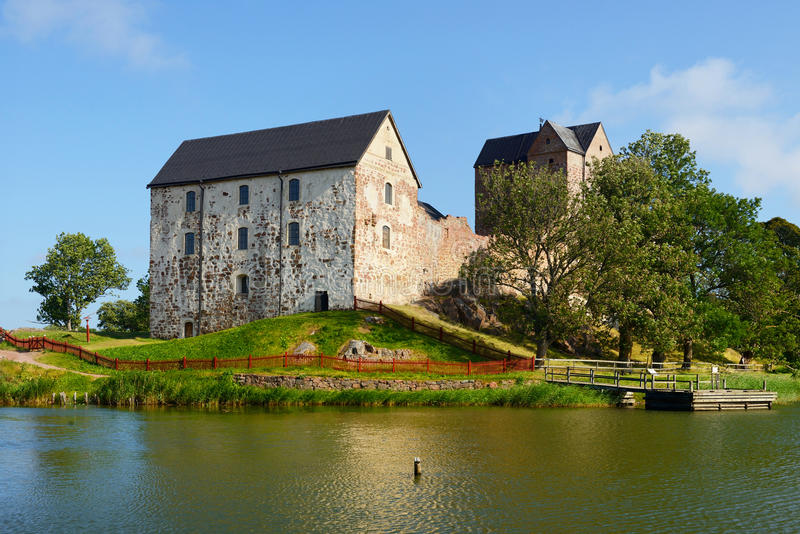 First record of Kastelholma (or Kastelholm) castle is from the year 1388 in the contract of Queen Margaret I of Denmark, where a large portion of the inheritance of Bo Jonsson Grip was given to the queen. The heyday of the castle was in the 15th and 16th centuries when it was administrated by Danish and Swedish kings and stewards of the realms. Kastelhoma was expanded and enhanced several times. In the end of 16th century castle was owned by the previous queen Catherine Jagellon (Stenbock), an enemy of the King of Sweden Eric XIV. King Eric conquered Kastelholma in 1599 and all defending officers were taken to Turku and executed. The castle was damaged under the siege and it took 30 years to renovate it. In 1634 Åland was joined with the County of Åbo and Björneborg and Kastelholma lost its administrative status. The castle started to decay and was used only as prison until it burnt down in 1745 and was finally abandoded in 1770. Kastelholma is one of only five surviving Finnish medieval fortresses. Nowadays it is a major tourist attraction easily accessible by car or bus from Mariehamn. Excavated items, such as early stove tiles, are on exhibit in the hall. A medieval festival, replete with dance, food, and jousting occurs each year in July. The area around and down to Stornäset has become a royal estate with a golf course also available in the area.