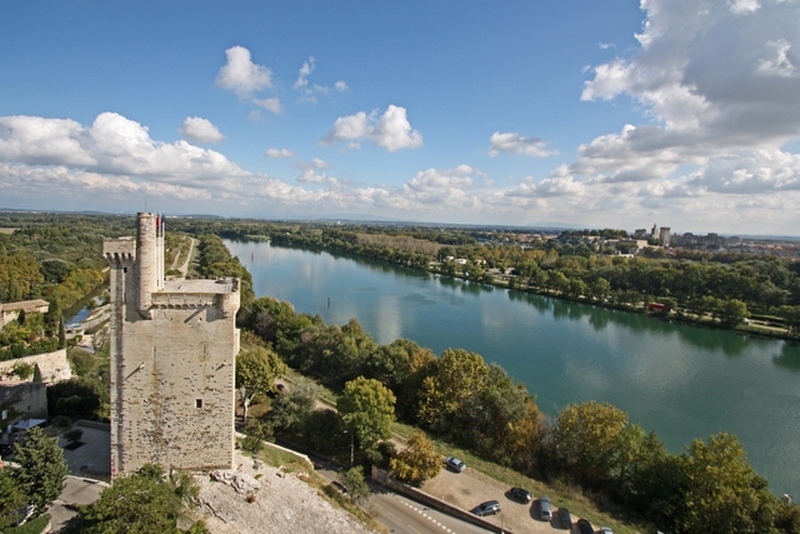 Tour Philippe-le-Bel is a medieval tower in Villeneuve-lès-Avignon which marked the French terminus of the Saint-Bénézet Bridge across the Rhone between the Kingdom of France and Papal territory of Avignon. It is named after the French king Philippe-le-Bel (Philip IV 'the Fair') who was responsible for its construction. A tower with only two storeys was completed in 1302. In spite of protests from the Count of Provence and the population of Avignon, Philippe-le-Bel pressed ahead and built a gatehouse at the end of the bridge. The tower and gatehouse formed part of a fortress with a curtain wall that enclosed several buildings including a chapel and a residence for the châtelain. A third storey was added to the tower in the middle of the 14th century. The Saint-Bénézet Bridge was abandoned in 1669 and the fortress then ceased to serve any useful function. The French crown continued to pay for repairs but after the French Revolution the buildings were abandoned and allowed to fall into ruins. In 1822 the town of Villeneuve-lès-Avignon decided to demolish all of the fortress except the present tower. It was listed as a Monument historique in 1862 and is now open to the public. References: Wikipedia