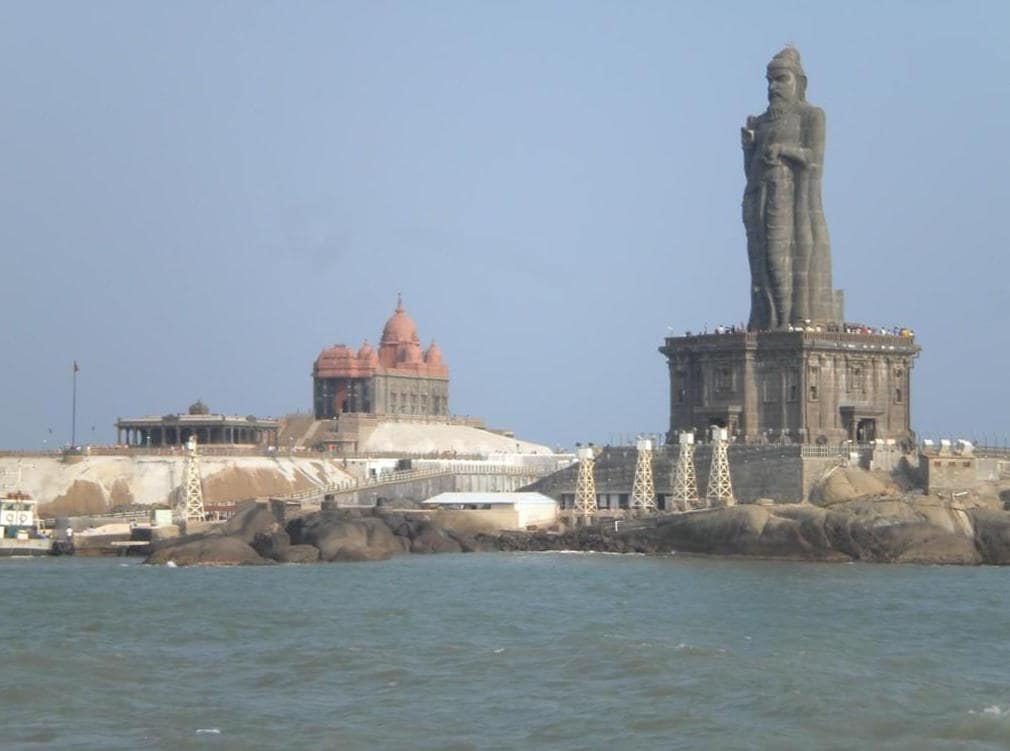 The colossal and imposing ‘Vivekananda Rock Memorial’ is located offshore around 500 m east of mainland of Vavathurai, Kanyakumari, in the southernmost tip of India. It is seated on one of the two adjacent rocks projecting out of the Lakshadweep Sea and comprises of two important structures, the ‘Shripada Mandapam’ and the ‘Vivekananda Mandapam’. This awe-inspiring memorial was constructed in honour of the great spiritual leader and Hindu monk of India, Swami Vivekananda who is said to have attained enlightenment here after meditating for two days prior to his famous Chicago trip. This rock is also considered sacred as local legends say Goddess Devi Kumari blessed the rock while performing austerity.