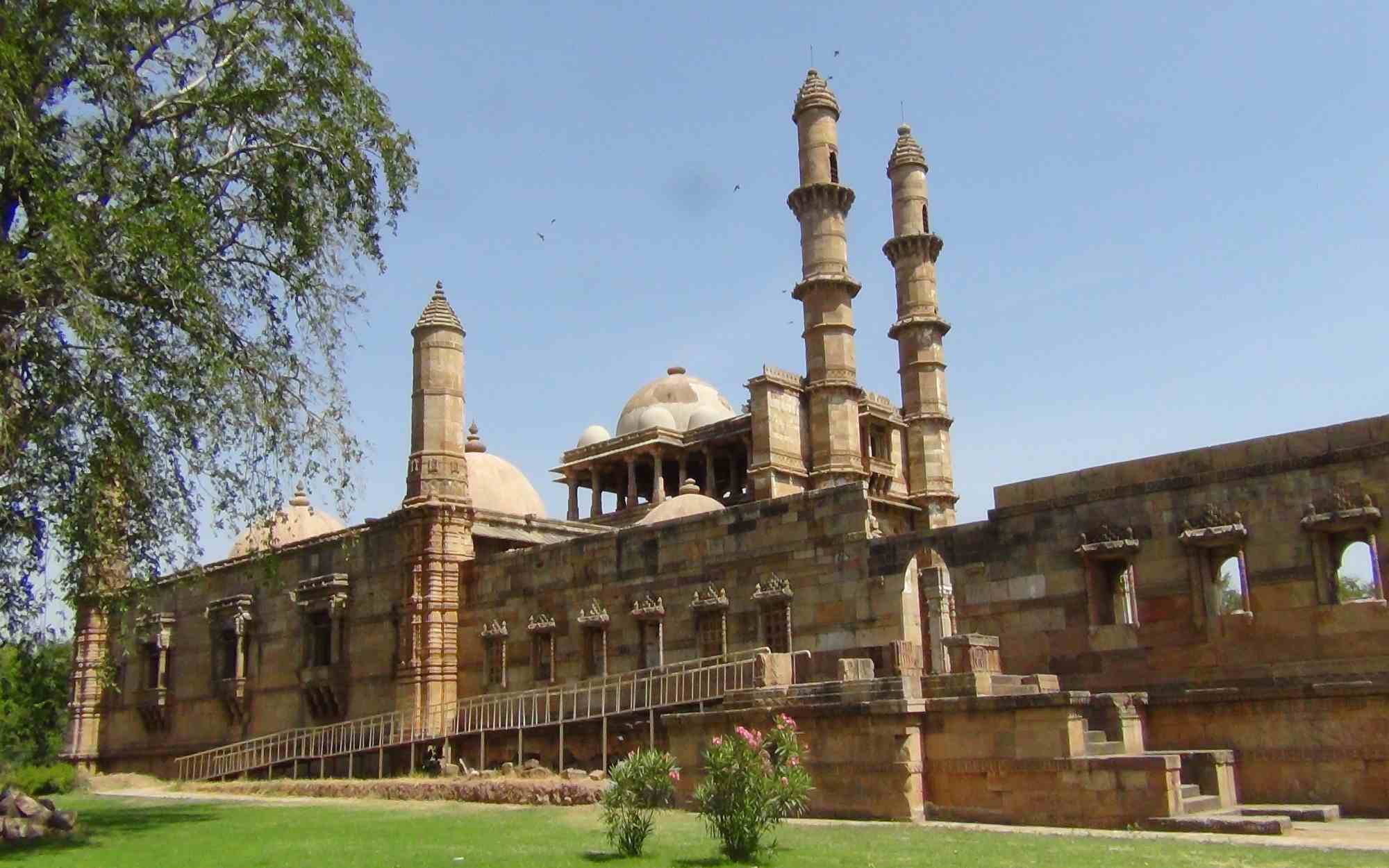 A concentration of largely unexcavated archaeological, historic and living cultural heritage properties cradled in an impressive landscape which includes prehistoric (chalcolithic) sites, a hill fortress of an early Hindu capital, and remains of the 16th-century capital of the state of Gujarat. The site also includes, among other vestiges, fortifications, palaces, religious buildings, residential precincts, agricultural structures and water installations, from the 8th to 14th centuries. The Kalikamata Temple on top of Pavagadh Hill is considered to be an important shrine, attracting large numbers of pilgrims throughout the year. The site is the only complete and unchanged Islamic pre-Mughal city. Situated in Gujarat, the Champaner-Pavagarh Archaeological Park includes an ancient citadel, a palace, plenty of military structures and buildings, and water installations. These sites together formed the capital region of the empire of Mahmud Begda. The restoration of the capital region was started in 1484 AD, on the foothills of Pavagarh. The restoration took 23 years to complete. Later, Mahmud Begda moved his capital from Ahmadabad to Pavagarh. He was the grandson of the founder of Ahmadabad city- the Great Ahmed Shah. In Champaner-Pavagarh Archaeological Park, there are lots of Jain and Hindu temples, mosques and other historical edifices. The 'antarala' and 'gudhamandapa' of the temple dating back to the 10th century are the oldest leftovers of this archeological park. Many other Jain and Hindu temples of 13th – 15th century are found in Champaner-Pavagarh Archaeological Park. These temples are constructed in Nagara style of architecture.