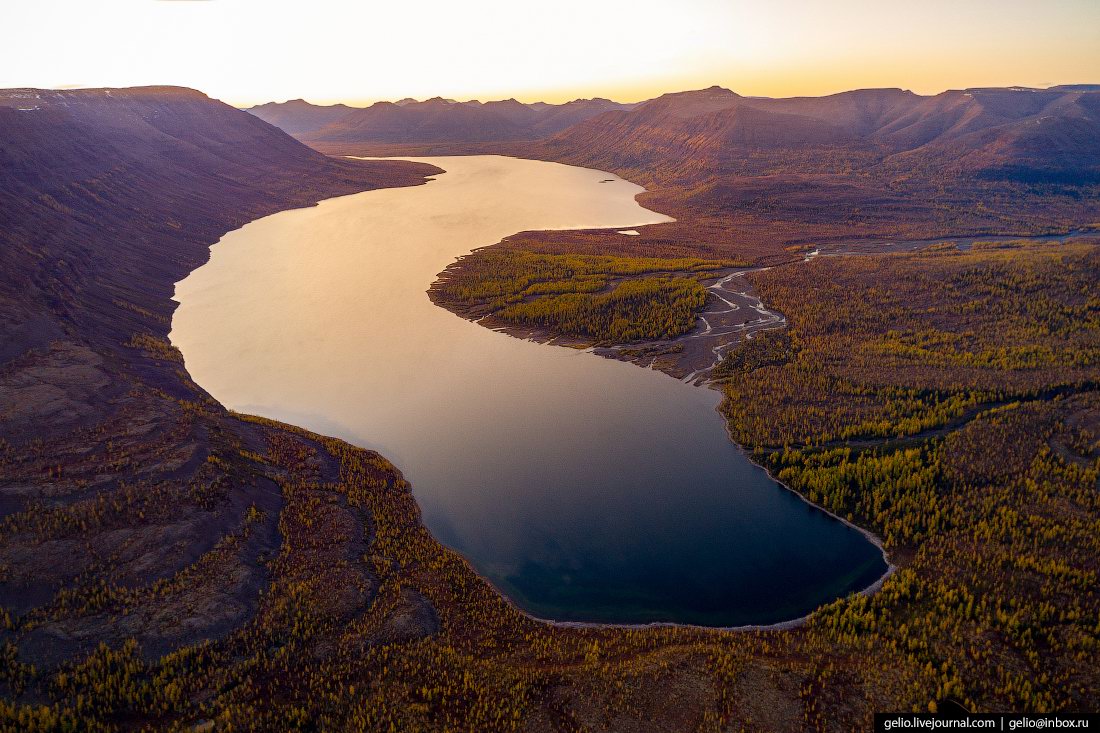 The Putorana Plateau (Russian: Плато Путорана, romanized: Plato Putorana) or the Putorana Mountains is a mountainous area in the Russian Federation. It is a large massif or plateau crossed by mountain ranges. The nearest large settlement is Norilsk, where foreign travel is restricted. The city is served by Alykel Airport. The highest mountain in the range system is Mount Kamen which stands 1,678 m (5,505 ft) above sea level and is also the highest point of the Central Siberian Plateau. Talnikovy Waterfall, is reputedly one of the highest waterfalls in Asia. Lakes on the plateau such as the Dyupkun and Lake Lama are large and form whole ecosystems, which spread over many tens of kilometers. “Putorana” is from the native language of the Evenks and translates to “the country of lakes with steep banks”. The more than 25,000 lakes are between 180 and 420 m (590 and 1,400 ft) deep, and together they form the second-largest store of fresh water in Russia by capacity after Lake Baikal.