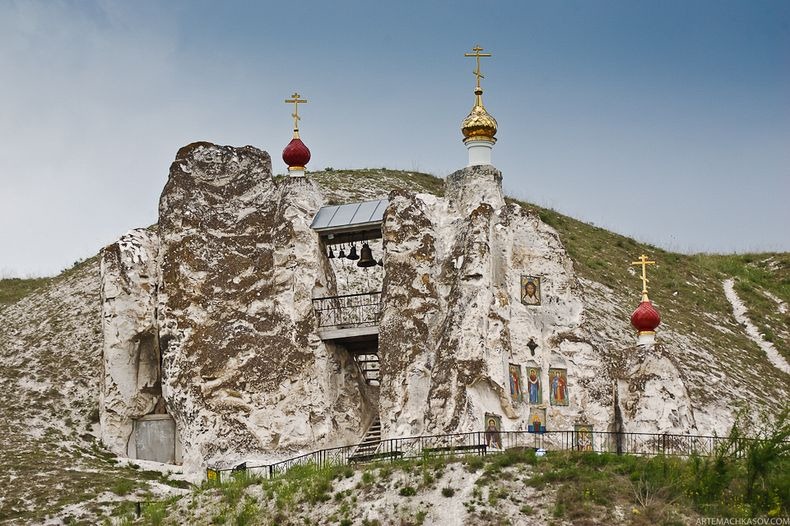 The origins of the Kostomarovsky Spassky Convent are not known for certain but it is believed to have been founded as a monastery in the 17th century by monks from Ukraine who settle here along with Cossacks. It is possible though that the monastery is actually much older and there is even a theory that it dates back to when Christianity was first being introduced to Russia. The first actual written evidence of the monastery dates from the end of the 18th century when it is mentioned as a skete of the Belogorsky Voskresensky Monastery. After the Revolution the monastery was closed, although some monks secretly remained here. One such monk was the elder Pyotr who when discovered in the late 1930s was imprisoned and is said to have later died in prison. During the Second World War the former monastery was located in occupied territory and some local people are said to have hidden in the caves. Briefly after the war the Saviour Cathedral was permitted to reopen, but in 1959 it was once more closed under the anti-religious polices of Khruschev. In 1997 the territory was returned to the Orthodox Church and reopened, but as a convent rather than a monastery.