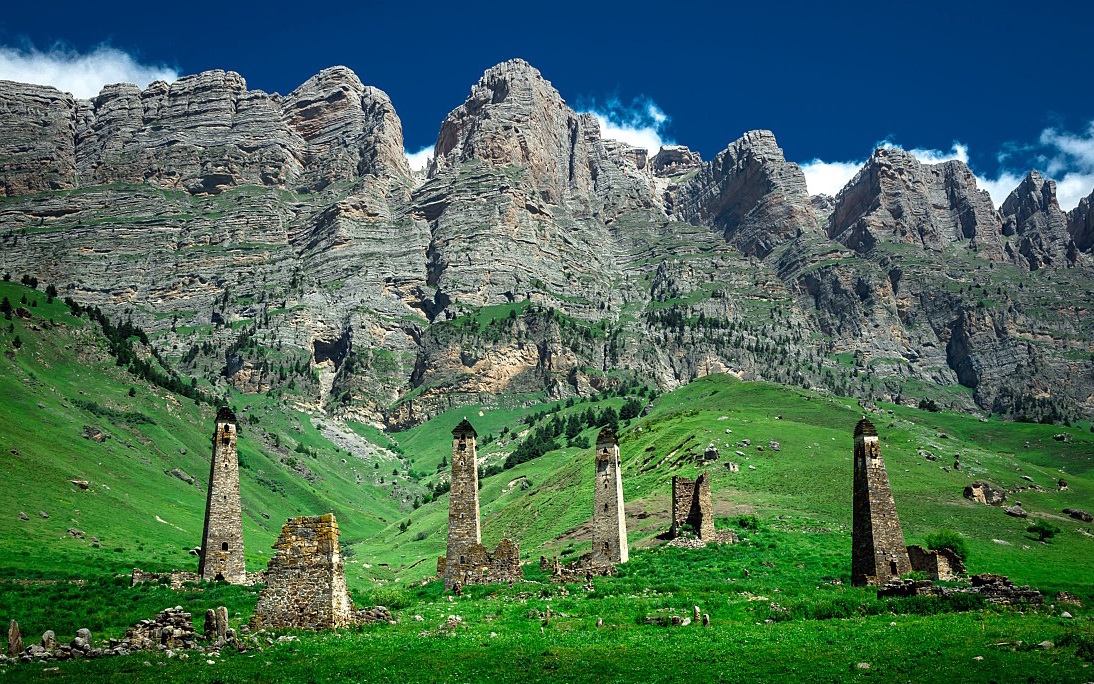 Ingush, Chechen, and Vainakh people, who live in the North Caucasus, part of the Russian Federation, probably constructed the first towers even before Christ. Approximately around the 13th-16th centuries, North Caucasus saw a brief revival of tower culture.ngush villages had big rectangular towers for living and tall towers for defense. Ingush, Vainakh and Chechen towers differed in architecture, but not much. The stones were fastened using lime mortar, but sometimes, the dry stack was used.There were strict rules for building an Ingush tower. It was to be finished in 365 days, without fail. And every well-to-do family in the village was obliged to build a tower.Towers were about 10-12 meters high. The first level housed stables and cowsheds. Floors and ceilings were wooden. The second level was meant for the living space. The upper level was a “guest” floor, but could also be used for defense.What seems like balconies are actually defensive vantage points. These “balconies” don’t have floors and were used for rolling stones and pouring hot liquids down at the attackers, while the stone enclosure of the “balcony” protected the defenders from attackers’ arrows.These towers were meant mostly for defense, but families also lived inside.