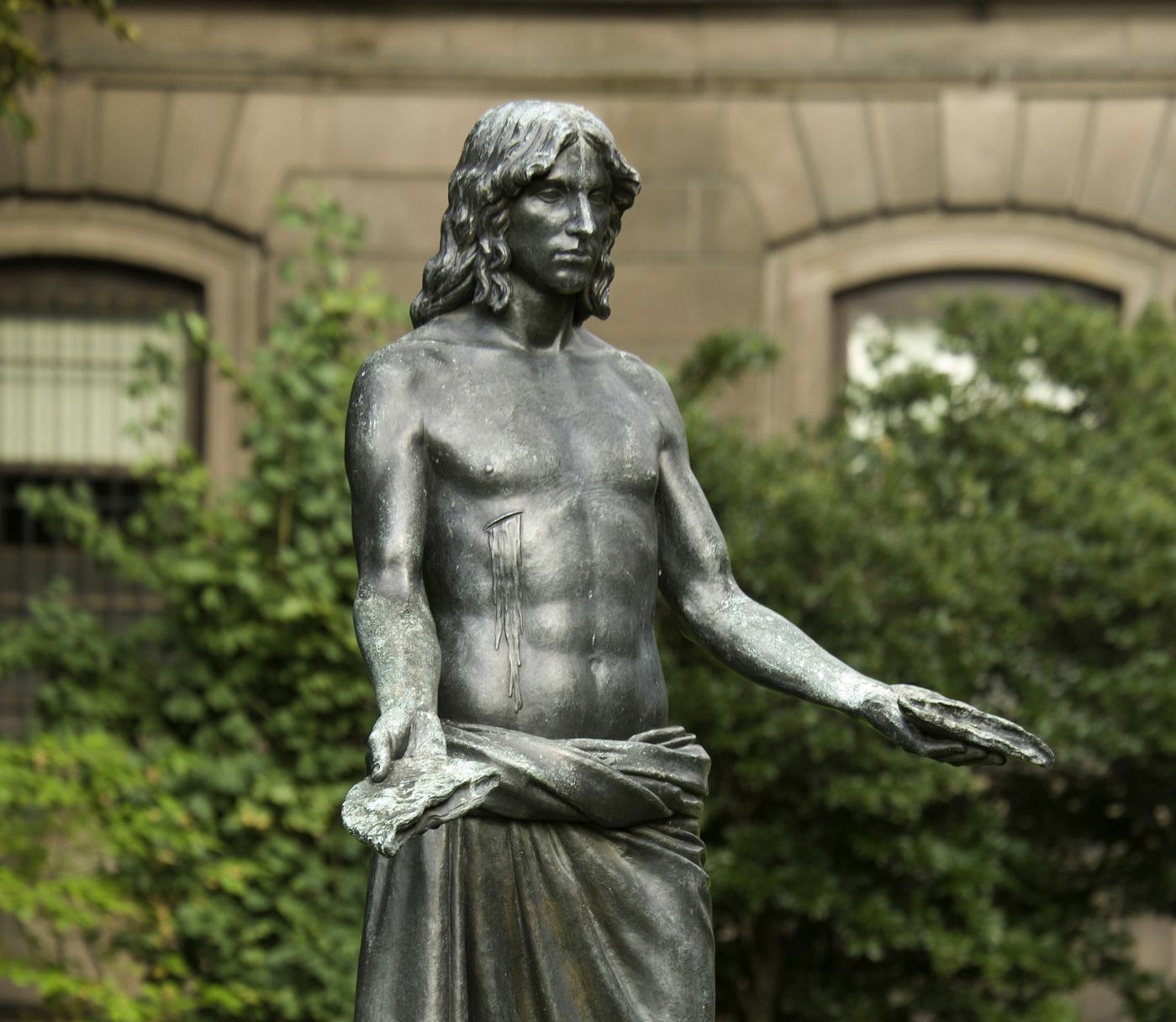 This magnificent statue of Jesus breaking bread was constructed in 1976. Commissioned for the 41st International Eucharistic Congress, which met in Philadelphia in 1976, Walter Erlebacher’s sculpture presents a figure of Jesus holding two pieces of broken bread, a symbol of Holy Communion. During the Congress, which attracted over a million visitors to the city, the sculpture was displayed at the former Philadelphia Civic Center. Later it was moved to a site near the Cathedral Basilica of Saints Peter and Paul, and its formal blessing at this location took place on May 26, 1978. Standing near the sidewalk, it offers an accessible, immediate, and lifelike Jesus.