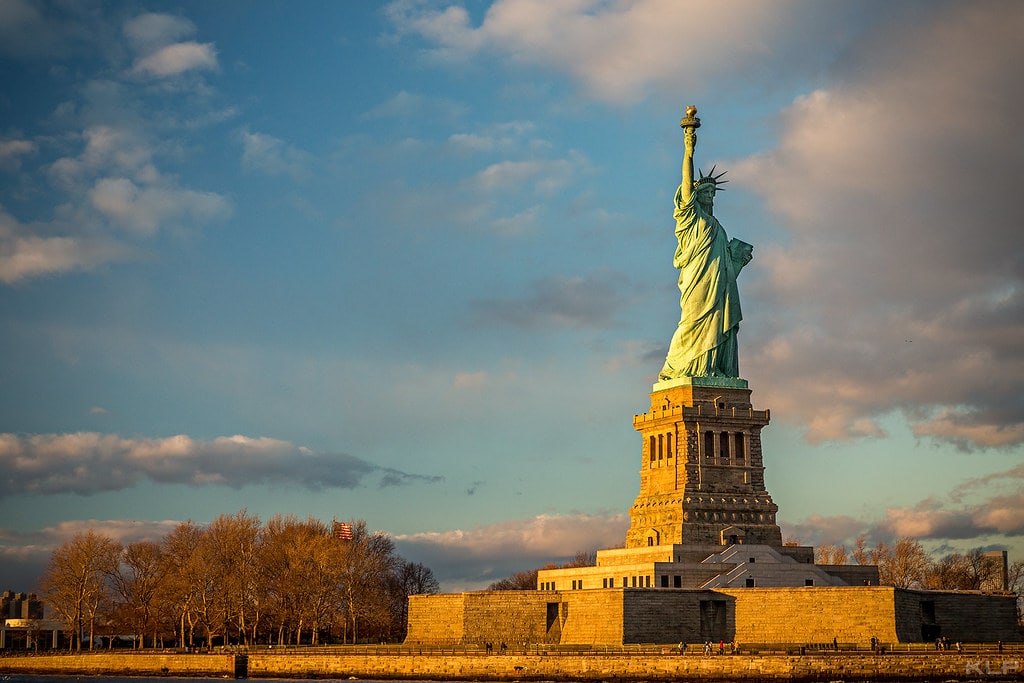 The Statue of Liberty was a gift to the USA from the people of France. It represents Libertas, the Roman goddess of freedom, the tablet she is holding is inscribed with the date of the American Declaration of Independence, July 4, 17 The height of the Statue of Liberty depends on how it is measured. The statue itself is 151 feet tall, measured from the base of the statue to the torch. However, if the foundation and pedestal are included, then the statue has a height of 305 feet. The main feature of the statue, also known as Lady Liberty, stands on a 65 foot tall foundation, which is designed in the shape of an eleven-point star, as wells as a stone pedestal measuring 89 feet.Inside the statue there are 354 steps from the pedestal up to the crown, which offers a small observation deck. The crown of Lady Liberty features 25 windows overlooking New York Harbor.