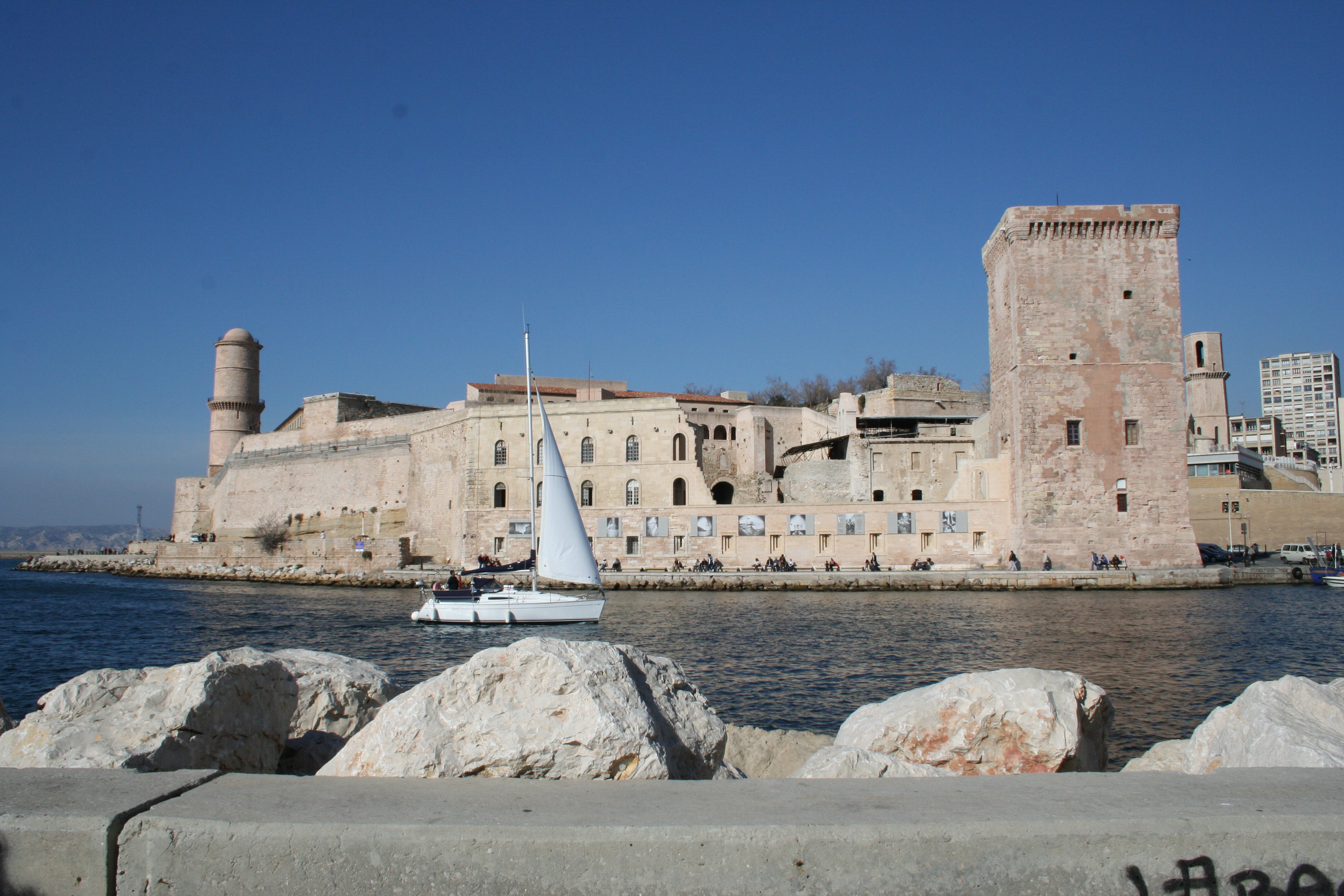 Fort Saint-Jean is a fortification in Marseille, built in 1660 by Louis XIV at the entrance to the Old Port of Marseille. The Fort Saint-Jean site has been occupied since Antiquity but it wasn’t until the 13th century that the Knights of Saint-John (later the Knights of Malta) established themselves here and named the area after them. Some relics remain. The huge square tower was built on the foundations of Maubert tower to defend the port entrance after the Aragonese Sack (1423) by Roy René. The beacon tower was built in 1644 and the Chevalier de Clerville built the fort following Louis XIV’s orders in his major plans for Marseille. He had a hole liable to flooding excavated to isolate the fort from the city. It was used as a garrison then a prison during the French Revolution. During the Second World War it was used to store the German army’s munitions which exploded in 1944 causing major damage to the fort and Transporter Bridge. The fort was listed as a Monument Historique in 1964 and included in MuCEM in 2013.