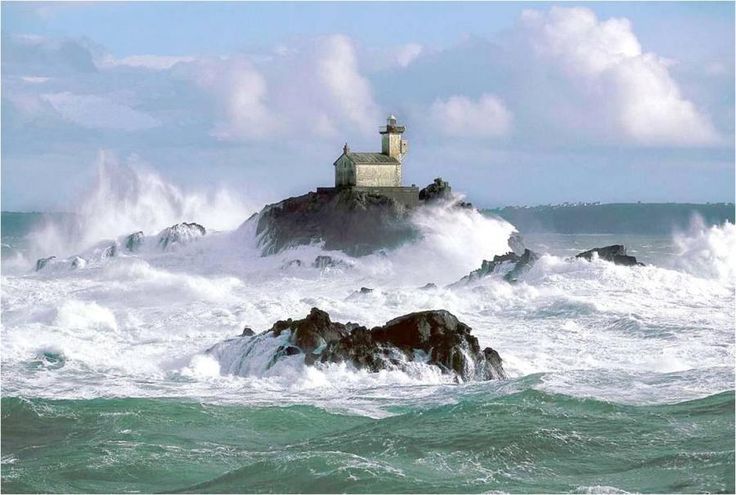 Tevennec lighthouse in the Sein channel.As inhospitable locations go, Tevennec lighthouse off the coast of Brittany, takes some beating. Perched precariously at the summit of a rock in the tempestuous waters of the Raz de Sein strait, it is routinely battered by 70 foot waves and gale force winds. Throw into the mix a sinister and grizzly past and you wonder why any sane person would want to live there and maybe that’s why according to folklore, its main inhabitant over the centuries has been Ankou – the Breton name for Death himself. Anyone who has seen the film noir Shutter Island will be familiar with the sense of foreboding that Martin Scorsese builds as characters approach the remote landspot, and Tevennec has a similarly isolated and eerie feel to it. Even before the lighthouse was built in 1875, the island which consists mainly of steep, jagged rocks, had a dark history.