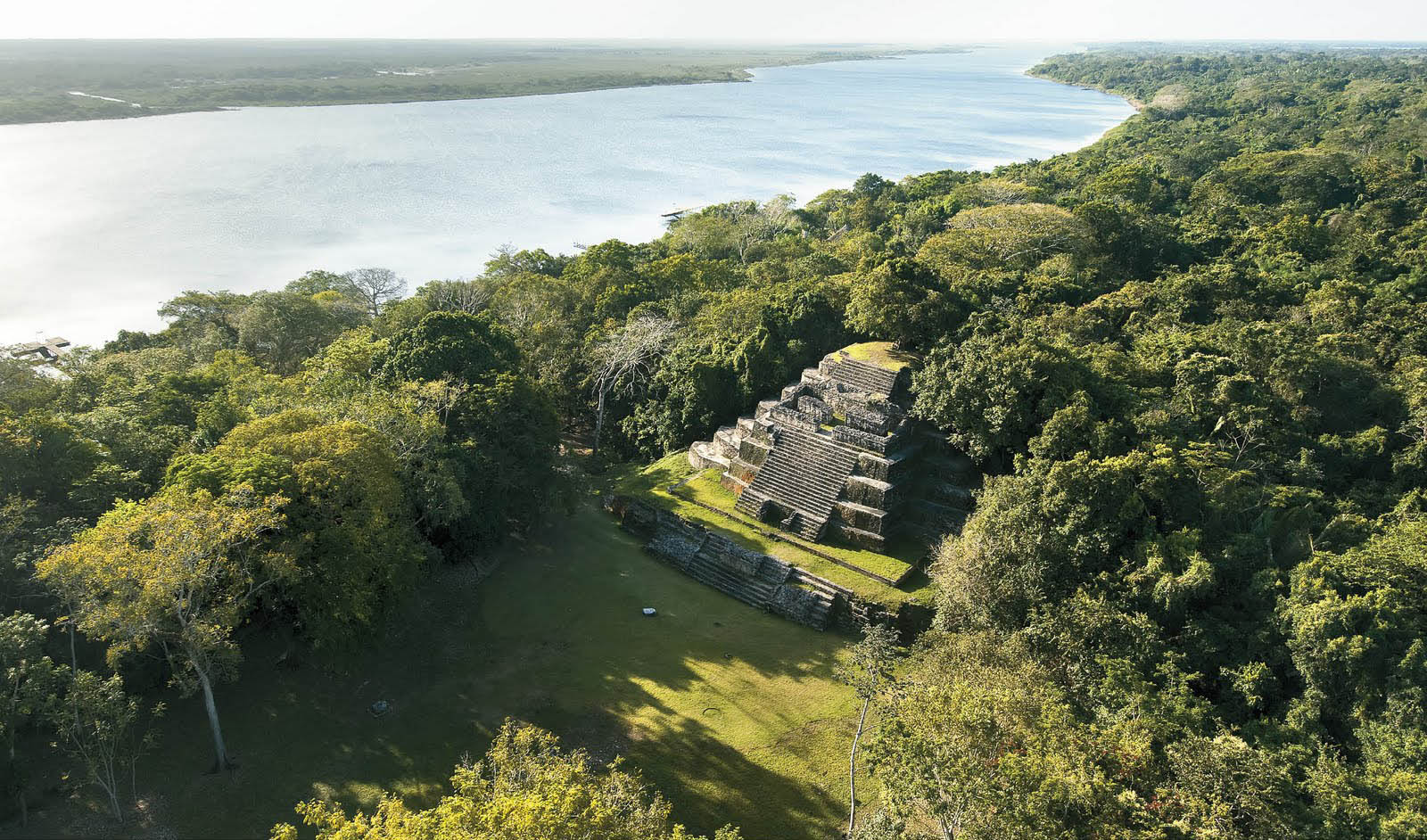 The Lamanai site is one of the oldest continuously occupied Maya sites in Belize, from about 1500 BC when maize was being grown at the site, to 1680 AD. The name "Lamanai" means submerged insect. However, archaeologists realized in 1978 that Franciscan monks had corrupted the name from "Lam'an/ayin" to "Lamanai," and that adding the correct suffix of "ayin" changed the meaning of the name to submerged crocodile, a conclusion supported by the large number of crocodile representations found at Lamanai, including figurines, pottery decorations and the headdress of a 13 foot limestone mask found on a 6th century temple platform. Lamanai, located on 950 ares (the site's core is about a 12 square miles), is one of the largest Maya ceremonial sites in Belize, including more than 100 minor structures, a ball court and about 12 major buildings, most notably the Temple of the Mask, thought to be an Olmec God or Kinich Ahau, the Maya Sun God, the Temple of the Jaguar Masks and the High Temple (so-called because of its height). Lamanai's lay-out was quite different from most other Maya sites in Belize that were generally organized in plazas around a ceremonal structure. However, at Lamanai, most ceremonial buildings were built along the west bank of the New River and the New River Lagoon, with residential structures to the north, west and south. Only about 5% of the site has been investigated and much remains buried or covered by jungle and bush.