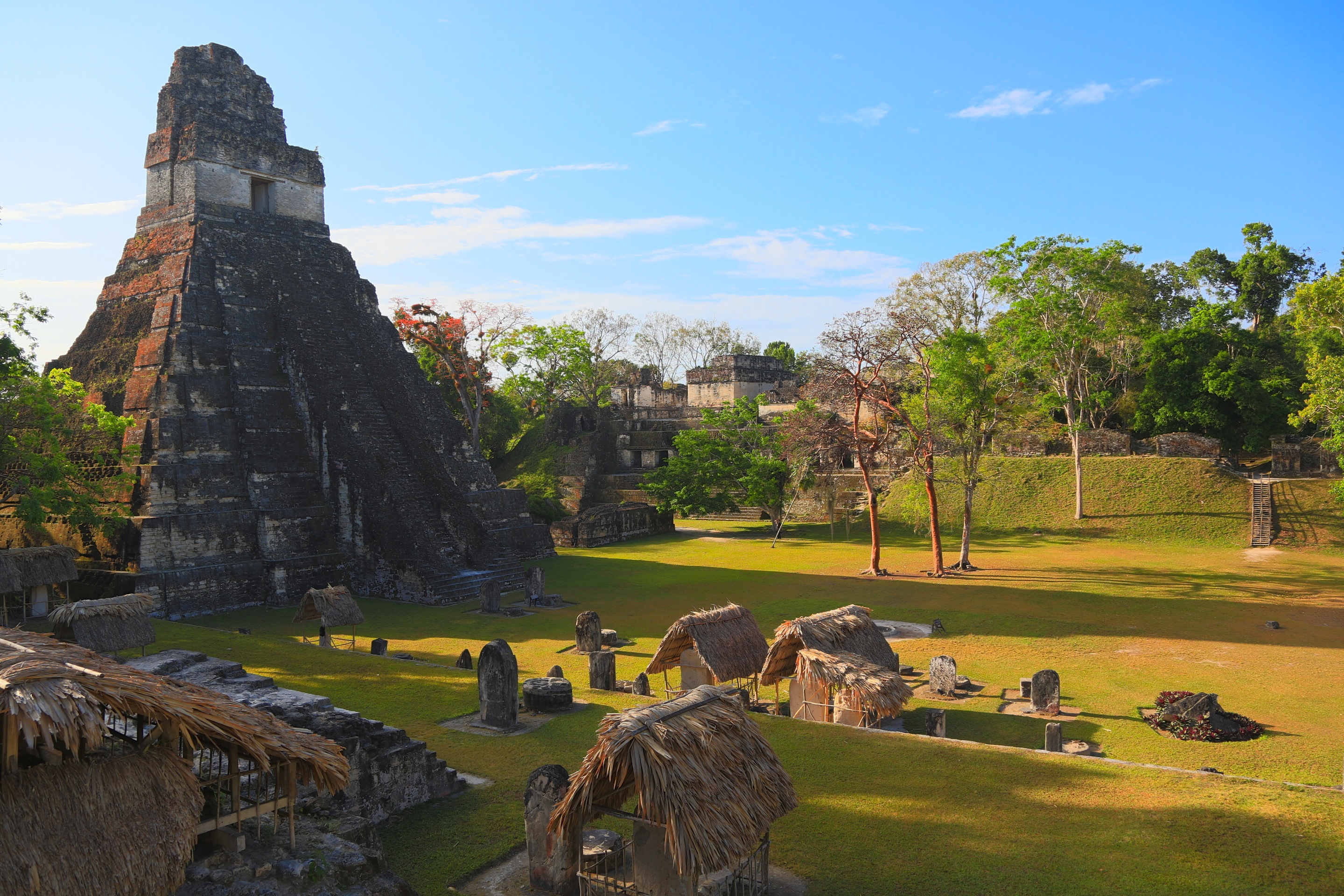 Tikal is the most breathtaking of all the ... - Secret World

Situated in the lowland rainforest of northern Guatemala, Tikal is perhaps the most breathtaking of all the Mayan sites. Tikal is a complex of Mayan ruins deep in the rainforests of northern Guatemala. Historians believe that the more than 3,000 structures on the site are the remains of a Mayan city called Yax Mutal, which was the capital of one of the most powerful kingdoms of the ancient empire. Some of the buildings at Tikal date to the fourth century B.C. Tikal, or Yax Mutal, was an important city in the empire of the Maya from 200 to 900 A.D. The Mayan ruins have been part of a national park in Guatemala since the 1960s, and in 1979 they were named a UNESCO World Heritage site. Historians believe that people lived at Tikal as far back as 1000 B.C. Archeologists have found evidence of agricultural activity at the site dating to that time, as well as remnants of ceramics dating to 700 B.C. By 300 B.C., major construction of the city of Yax Mutal had already been completed, including several large Mayan pyramid-style temples. Starting in the first century A.D., the city began to flourish culturally and politically, overtaking the city of El Mirador to the north in terms of power and influence within the Mayan empire, which stretched as far north as the Yucatan Peninsula in Mexico. Archeologists have discovered evidence of burials of notable Mayan leaders dating to this time at Tikal. By 900 A.D., the city, like much of the Mayan empire, was in sharp decline. Decades of constant warfare started to take their toll. In addition, at around this time, historians believe the region fell victim to a series of droughts and outbreaks of epidemic diseases. This period is known as the collapse of Classic Maya.