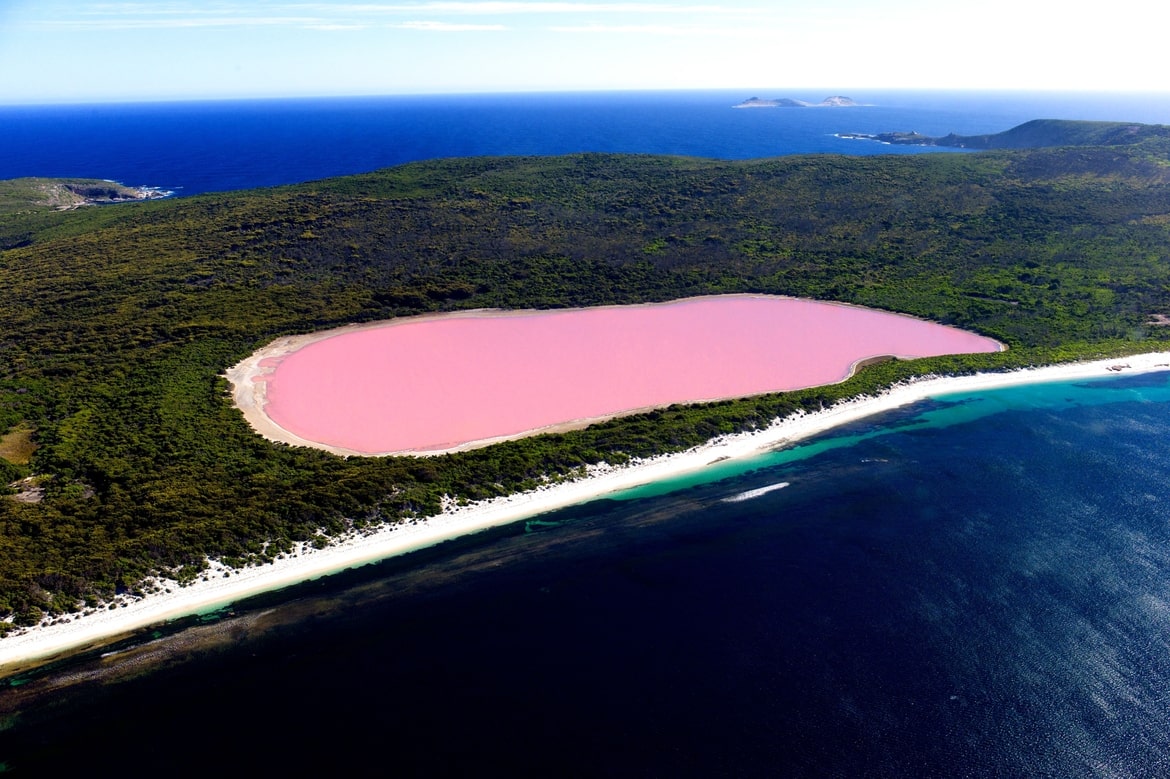 With its mere 600 meters in length, Lake Hillier is not one that will impress you by its size. Nor will it impress you by its diverse fishes that inhabit it. Lake Hillier delights your eye with its pink colour. Moreover, it lies just next to the Pacific Ocean, thus if you watch it from above, the contrast between the mellow pink of the lake and the blue of the ocean is striking.The reason of its unique colour is still a topic that is not fully understood by scientists, although most suspect it has to do with the presence of the Dunaliella salina microalgae. The Dunaliella produces carotenoids, a pigment found in carrots as well. But the presence of halophilic bacteria in the salt crusts could be another explanation. A reaction between the salt and the sodium bicarbonate that is found in the water may cause it as well. The Hillier Lake was first discovered in 1802 by navigator and cartographer Matthew Flinders who took samples from the lake and mentioned its existence in his journal. The lake is located on Middle Island, off the coast of Western Australia. As noted above, the Hillier Lake is quite small, its length is 600 meters and its width is no more than 250 meters. It is surrounded by eucalyptus and paperback trees and the ocean on its northern part.